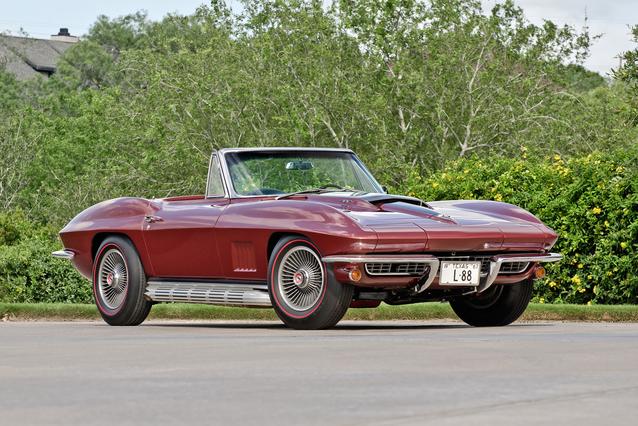 Did You Know the ’67 Corvette Almost Didn’t Happen?

​​You certainly won’t find a shortage of classic Corvettes on the Barrett-Jackson circuit. In fact, the cars have become pretty synonymous with the legendary auction, which has spawned some interesting tidbits on the history of Corvettes.

For example, did you know that the Shark inspired Corvette Sting Ray of the late sixties almost didn’t happen, due to a debate over the coupe’s roof design? Well, apparently so, based on a recent Classic Cars report highlighting this gorgeous ’67 model scheduled to cross the block June 23-25 at Barrett-Jackson’s 2016 Northeast Auction.

I imagine that certainly will help raise the car’s stock among collectors, although the platform and 327cid V8 were carried over from the ’66 model.